WHAT IS BEING DONE? 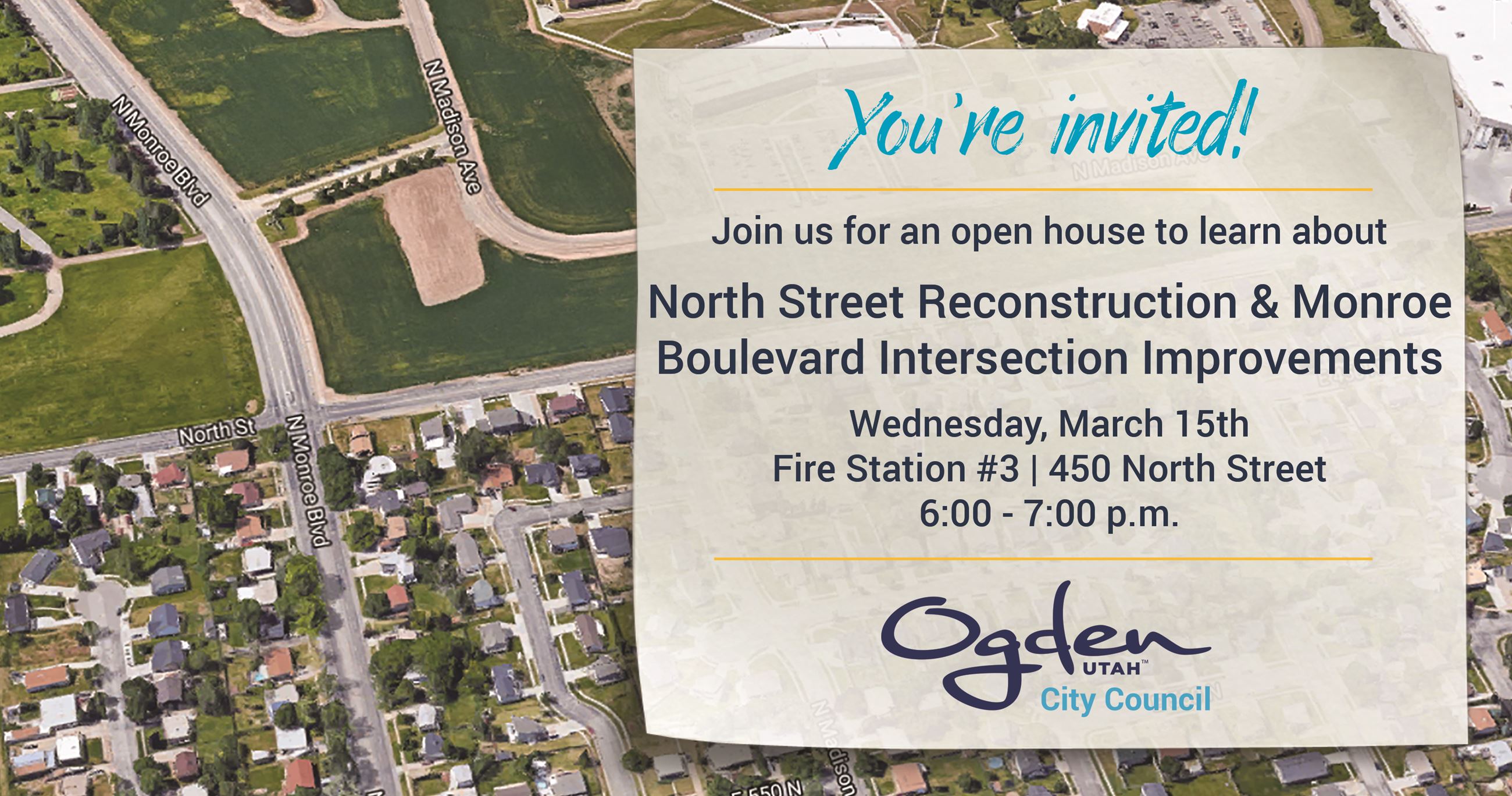 WHAT IS THE PROJECT TIMELINE?


The project is scheduled to begin in May 2017 and be completed in September 2017.


WHY ARE THESE IMPROVEMENTS BEING DONE?


In addition to the improvements needed due to the age of North Street, these improvements are taking place now to better accommodate the needs of Fire Station #3.  North Street needs to be upgraded to safely accommodate the fire trucks coming and going from the fire station, and the adjacent intersections need to be improved to allow for safe maneuvering at these locations.  In addition, the Monroe Boulevard intersection is being upgraded to a signal-controlled intersection to improve pedestrian and bicycle safety and to better manage the current and anticipated traffic volumes in the area.

How will access be impacted on this road during construction?

How will this make this road/intersection better?


The North Street improvements will not only improve the road itself, but will greatly improve pedestrian and bicycle safety. The sidewalk that will connect Monroe Boulevard to Washington Boulevard will expand pedestrian access and safety in the area.  The Monroe Boulevard intersection upgrades will accommodate and improve traffic, allow for proper installation of bicycle lanes, and increase pedestrian safety with the addition of crosswalks and ADA ramps at the intersection corners.

The Mt. Lewis Community Plan called for a roundabout at the Monroe Boulevard intersection.  Why is a roundabout not being constructed?


When the Mt. Lewis Community Plan was developed in 2010, a roundabout was proposed at the intersection of Monroe Boulevard and North Street.  Since the time the plan was developed and adopted in 2011, several important changes have taken place.  First, Fire Station #3 was relocated to North Street.  The relocation of Fire Station #3 required upgrades to both the North Street roadway itself as well as the two adjacent intersections.  The second significant change was the City’s adoption of the Bicycle Master Plan in 2016.  The adoption of this plan not only identified important bicycle corridors but also laid out the best and most effective bicycle infrastructure needed at key locations to improve the City’s bicycle network.  After the City studied the issues further, it was determined that a signal-controlled intersection, rather than a roundabout, at the Monroe Boulevard intersection would better accommodate the needs of the fire station and would allow for the installation for the bicycle improvements called for in the Bicycle Master Plan.  The designation of crosswalks and the installation of ADA ramps at the intersection corners also greatly improve pedestrian safety over what a roundabout typically provides.

How much will the project cost?


The North Street Improvements project was identified and approved in the City’s fiscal year 2017-2022 Capital Improvement Plan.  The total project cost is $2,823,200 and is being funded through money the City received from the Weber Area Council of Governments (WACOG).

For more information, please contact the Geoff Dupaix at (877) 495-4240 or nstreetrebuild@gmail.com . 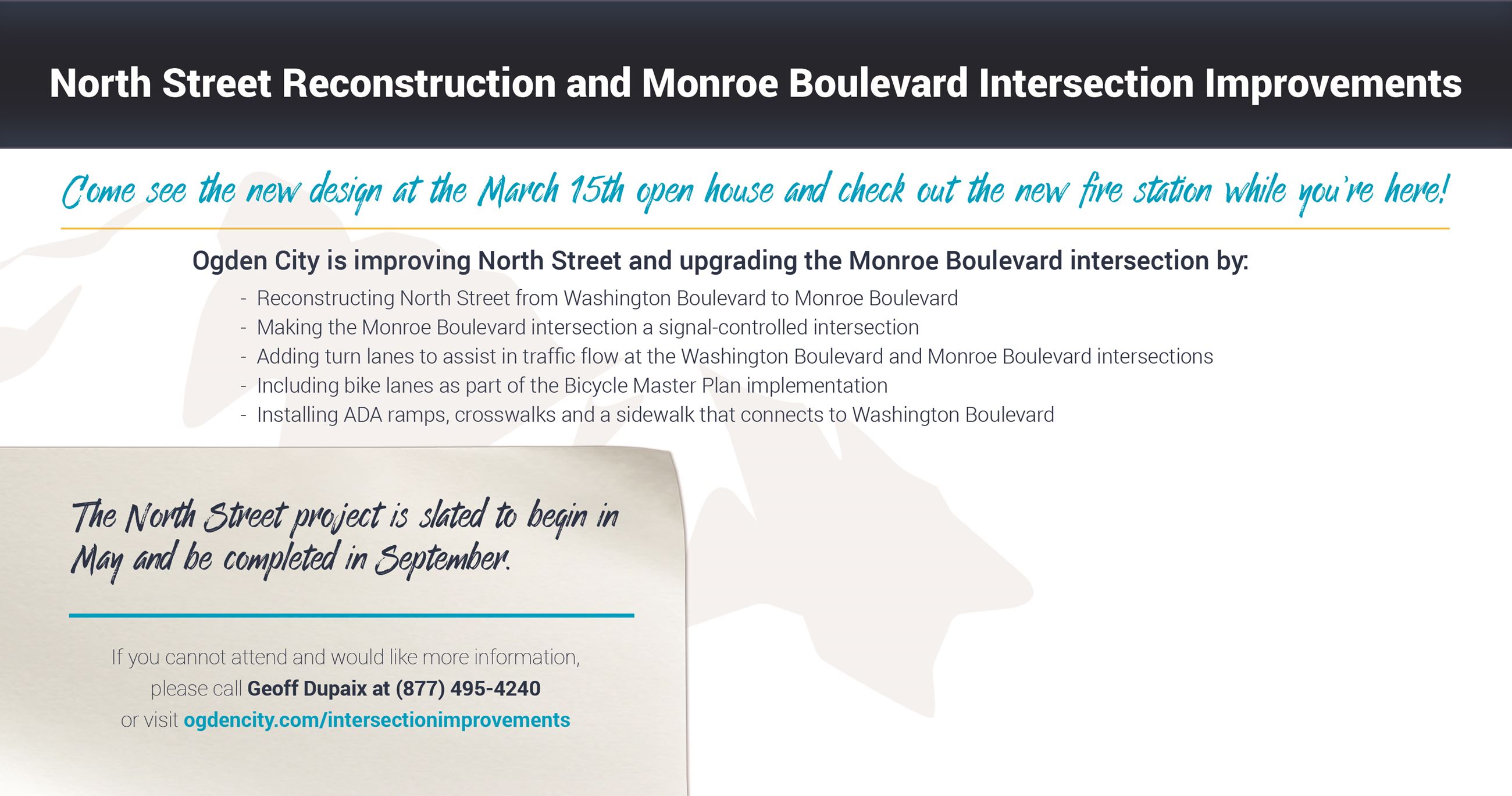