What was being considered?

The Council approved changes to existing arts ordinances to consolidate guidelines, add specifications for major and minor public arts projects, and allow for special arts grants to be awarded. Three significant changes to the ordinance are outlined below:

This proposed change provides a distinction between major and minor city-commissioned public arts projects. Major projects will be annually considered by the Council at the recommendation of the Ogden Arts Advisory Committee. Minor public arts projects also require consistency with the Arts Master Plan and a recommendation of the Arts Advisory Committee, with the proposed ordinance allowing the Mayor to approve up to $30,000 toward minor arts projects each year. This also provides for the City Council to be notified of projects funded.

For example, if the Arts Advisory Committee finds a public project they want to complete in the city, the Mayor could approve it as long as the cost is less than $30,000. This also allows for the completion of several smaller projects without seeking Council approval.

This new option will allow grant funding for projects proposed by the Mayor based on unique circumstances like project timing, participation by multiple community partners or a local project integrating with an art project with a regional, state or national scope. This is proposed separately from the traditional arts grants process to expedite the approval process if a time-sensitive project needs to be completed. However, base grant requirements must still be met and funding still undergoes the rigorous noticing and justification requirements of Utah Code § 10-8-2.

This option will allow city-funded public arts projects to be placed on public property with an easement for public access and maintenance. 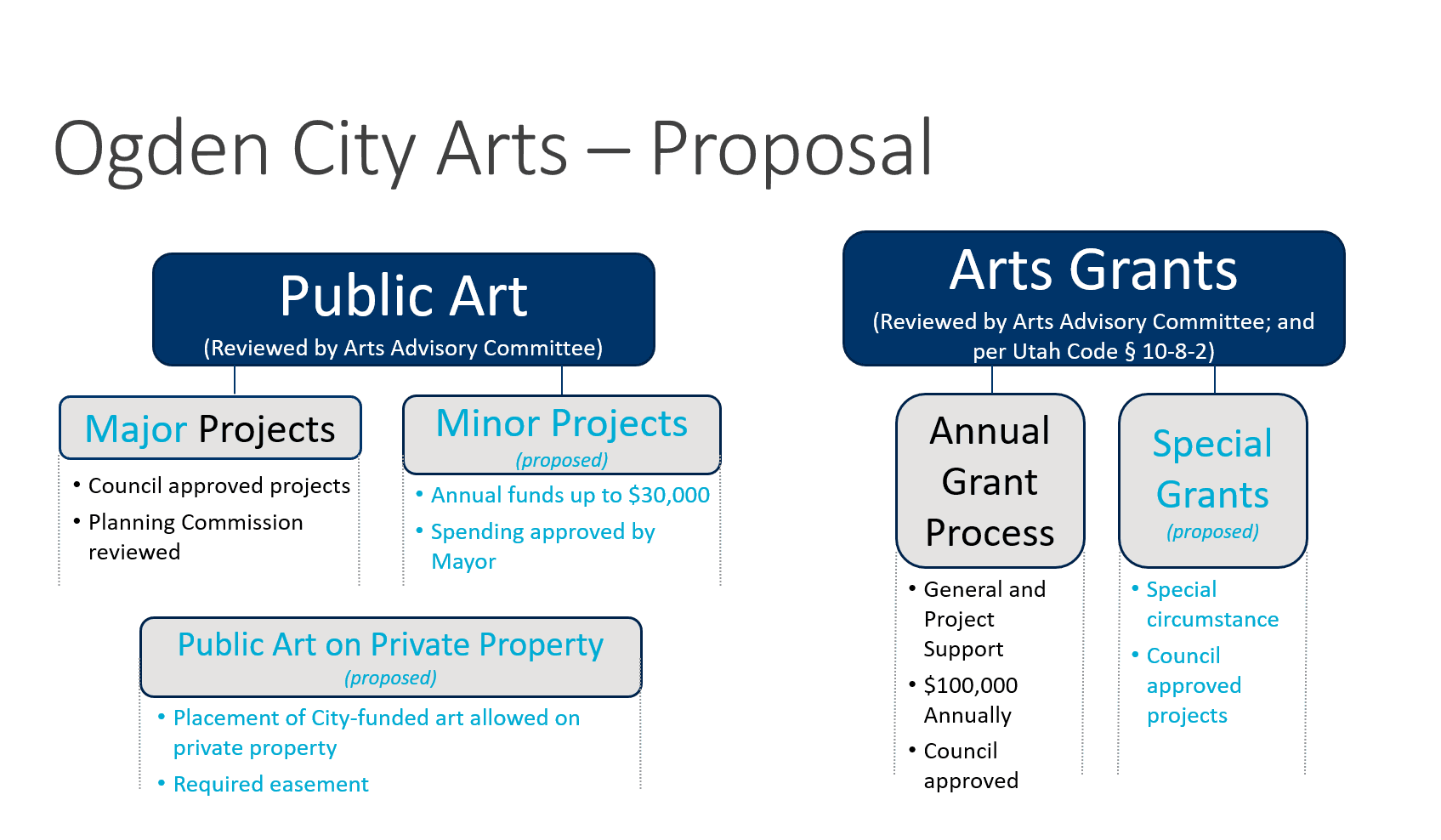 How the Council listened

On August 20, 2019, the Council invited the local arts community and residents to comment on these proposed changes. A brief overview of the proposal was provided followed by an opportunity for public input. As with any issue, the Council also accepted feedback via email, phone, and/or social media.