Frank J. Cannon and the Campaign to Build the Station: An Evening with Val Holley 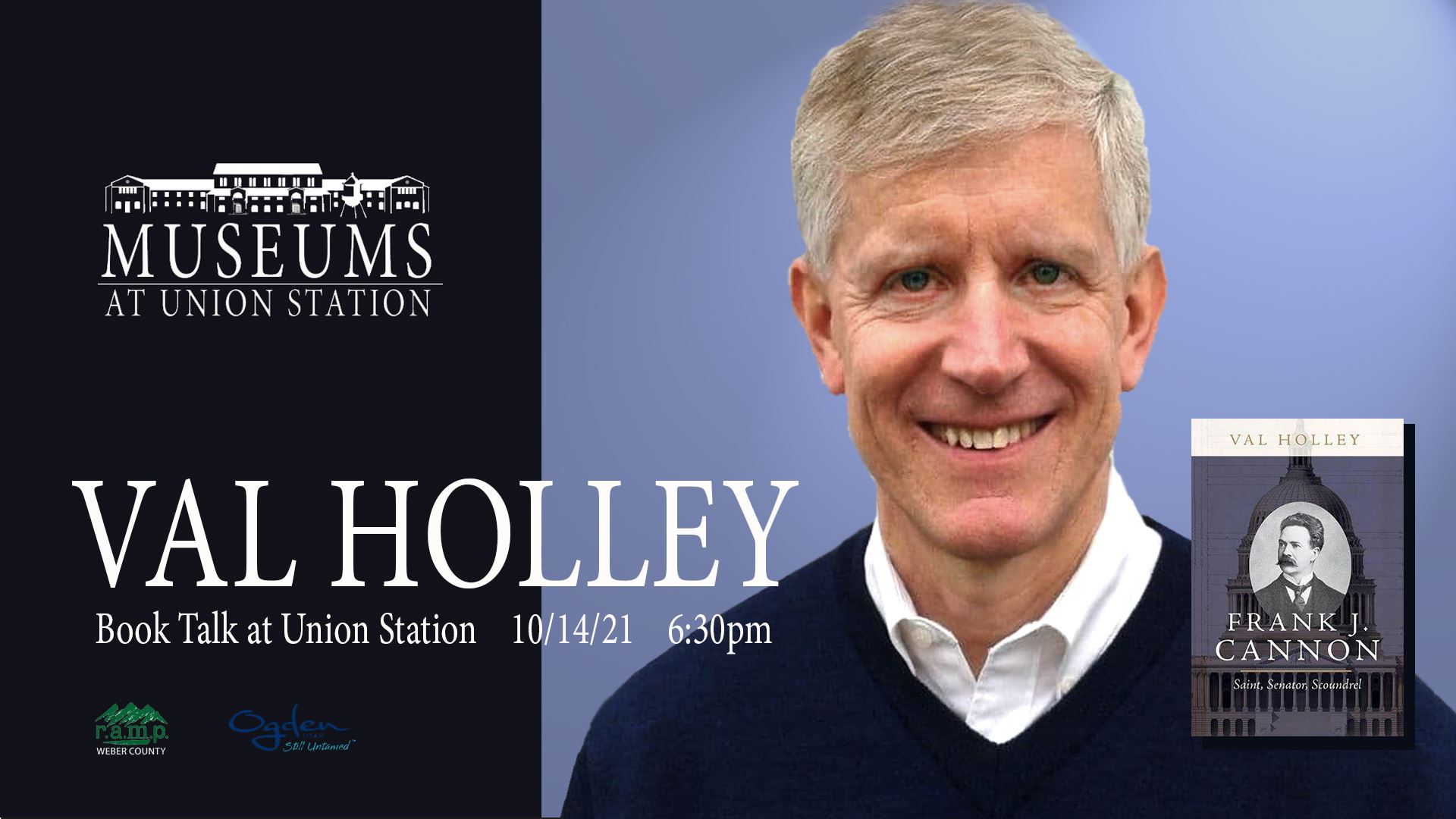 Utah’s path to statehood was the most tortuous in U.S. history, due in no small part to the Mormon practice of polygamy. Frank J. Cannon, Ogdenite, newspaperman, Congressional delegate, and senator, and guided Utah toward becoming the forty-fifth state in the Union in 1896. But when he lost favor with the LDS Church, his contributions fell into obscurity. Join historian and best-selling author Val Holley as he revisits the role Frank Cannon plays in the transition of Utah from territory to state and his role in the building of Ogden's Union Station.

Following his talk, Holley will be joined by Museum Curator Holly Andrew for a brief exchange.

About the Speaker:
Val Holley is an independent historian living in New York City. His 25th Street Confidential: Drama, Decadence, and Dissipation along Ogden’s Rowdiest Road won the Utah Book Award in Nonfiction.

Sponsor:
Made possible by Weber County RAMP and Union Station. This talk is part of the #MUSLive program featuring prominent Ogden scholars, policymakers, artists, business leaders, and observers, and explores key ideas and forces that have created the Ogden we know today, and which are shaping the city of tomorrow.