Patterned after both the State and United States governments, the Mayor-Council form of government has definite checks and balances. For example, the Mayor must receive majority confirmation from the Council for important appointments, such as choosing a department director or proposing a new member to most commissions, boards, and committees. The Mayor can veto Council action. When the Council passes an ordinance, the Mayor can either agree or disagree and veto the action. If the Mayor agrees, the proposal becomes law. If the Mayor vetoes, the action must be explained to the Council within 15 days. If the Council feels justified in its original action, it can override the Mayor’s veto with a two-thirds majority (five of seven members).

The Mayor is full-time with a staff of approximately 600 full-time positions plus part-time
and temporary employees. Council Members are part-time with 6 full-time and 1 part-time
employee. 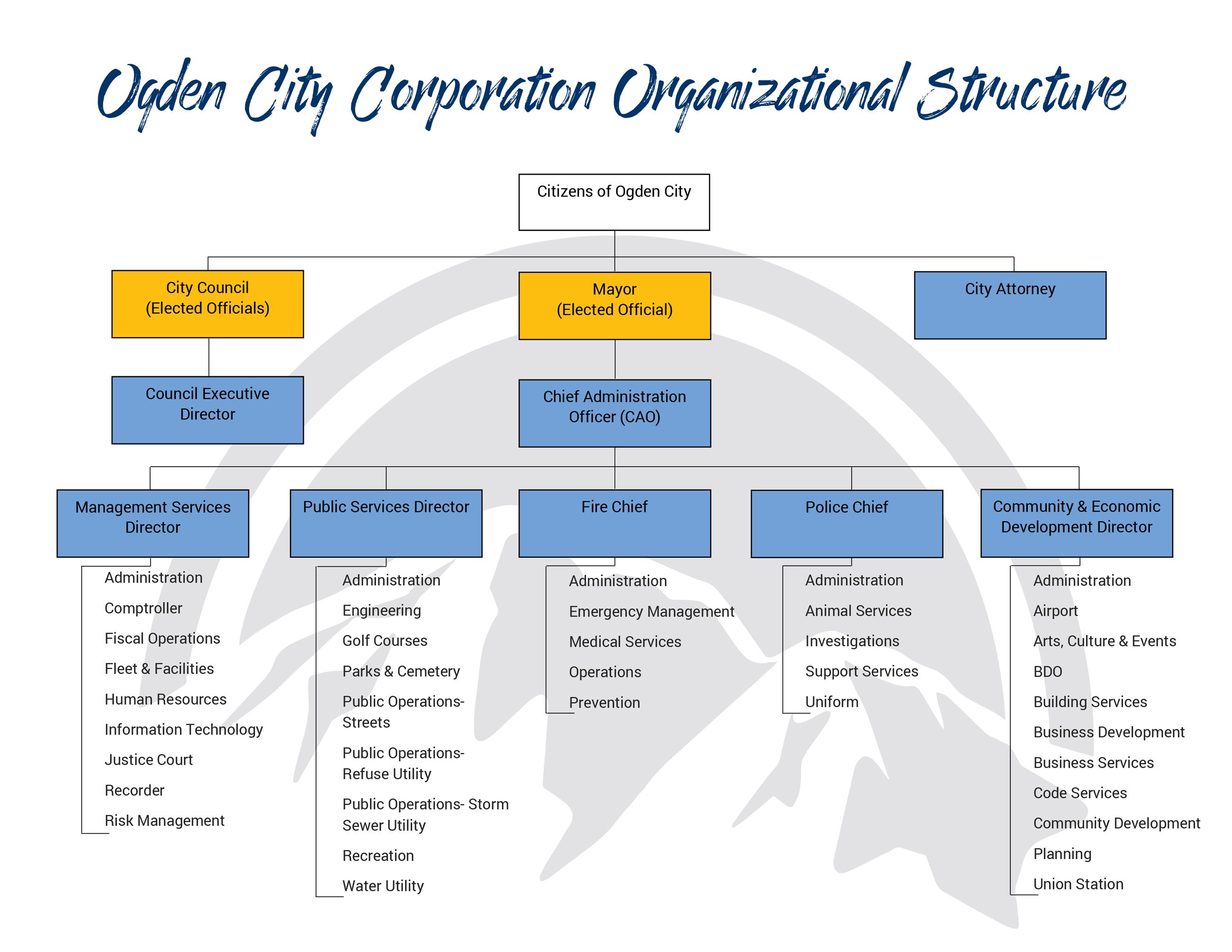 Cities with Council-Mayor Form of Government

Ogden’s Other Forms of Government

Ogden’s rich history includes three other forms of government. From 1851 to 1912, Ogden was governed by a City Council consisting of a Mayor, four Alderman, and nine Councilors. In 1912, the form of government changed to a three-member Commission. In 1951, the citizens adopted a Council-City Manager form of government with seven Council Members who appointed a City Manager.

Ogden City, Weber County, and the Ogden School District are separate legal cooperate entities, each with their own specific duties. The chart below outlines the separations, responsibilities, and relationships of the entities. 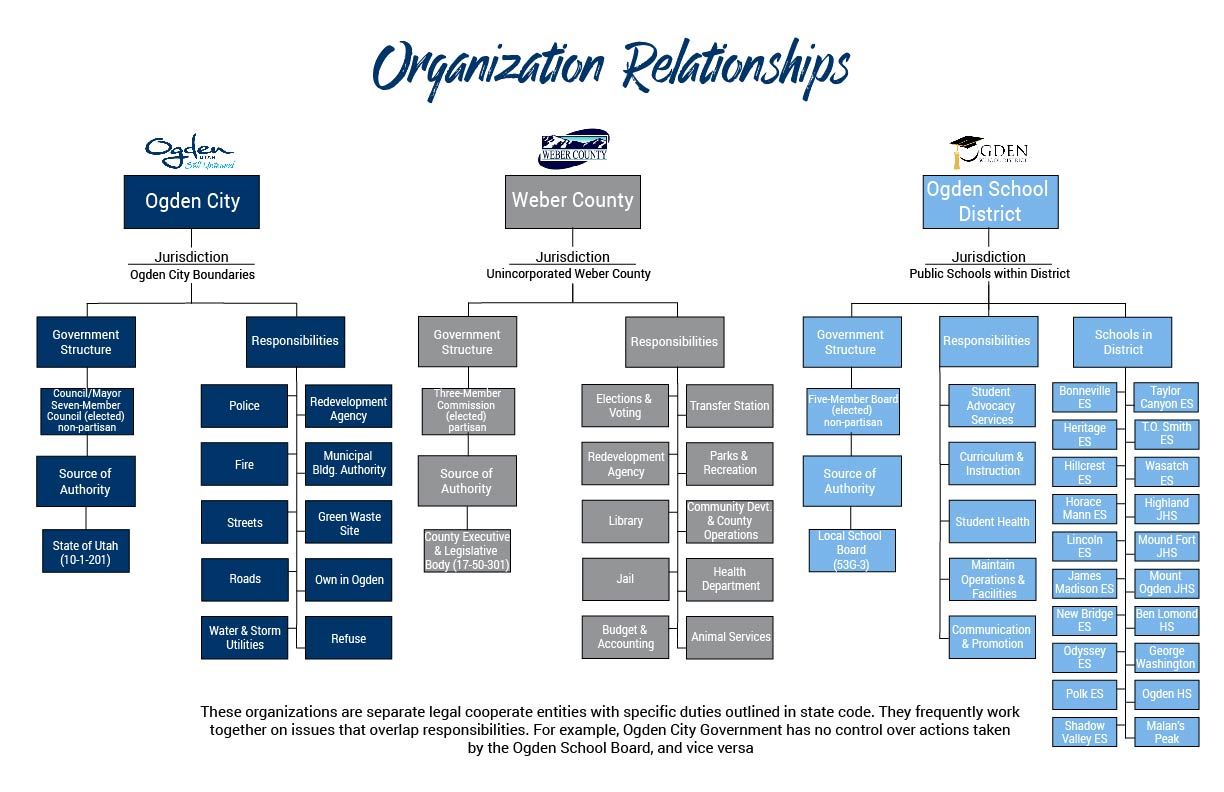